Shop Today and Save 20% Off All Items! 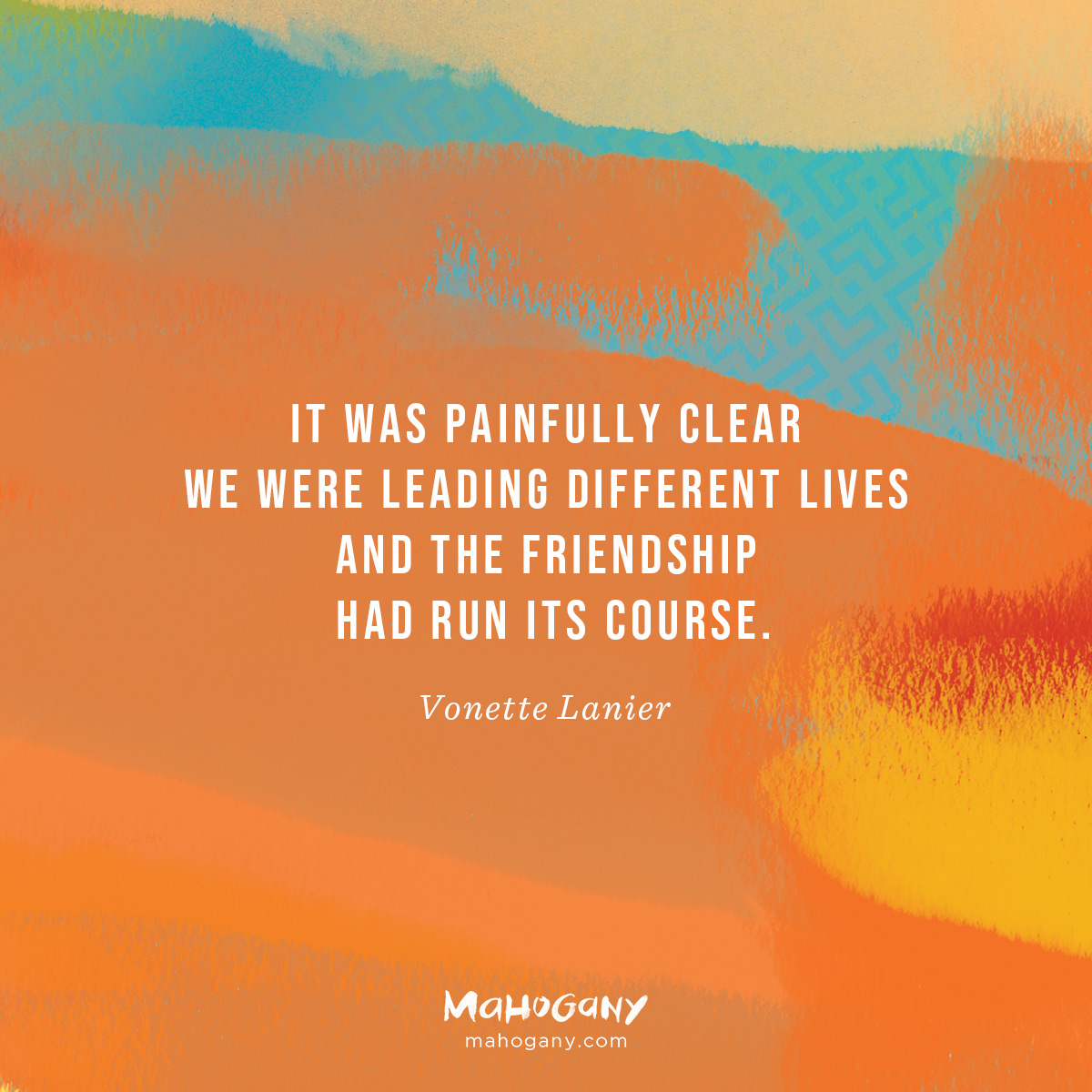 We met working in a cafeteria. I was twenty-four and in college. She was 12 years my senior and a single mom of a daughter. We connected instantly and became relatives of the heart. Hanging out, talking on the phone, traveling together, and supporting each other through difficult situations was the foundation of our friendship. We treated each other the same way we would treat our own sisters. I truly considered her a friend, my best friend.

Some years later, she introduced me to my husband. Then I introduced her to someone who would eventually become her husband. I married first and quickly became pregnant. It was at this time our friendship began to change. Our lives had shifted and there was not much focus on our friendship any longer. She even had a new girlfriend that she was spending time with at work and outside of work. I had a newborn baby who ate every two hours and never slept, plus a husband who traveled for a living. I could barely remember my name, let alone focus on a friendship I thought was so stable.

When she started planning her wedding, she got input from her new friend, and this hurt my feelings. I know I was in no position to help pick weeds out of a garden—let alone flowers for a wedding—but I wished she had at least asked me for my input. On the other hand, I guess I could have offered to help. Since this is real talk, I will tell the truth and admit that I was jealous. I was jealous because I wanted the friendship she now had with her new friend. During this time, we were communicating but not the way we used to. I found myself calling her only to hear her say, “Oh, I try not to bother you because I know you are busy with the baby and classes.”  (I forgot to mention I was working on my master’s degree as well as being a new mother.)

Her words stung because I tried to make time for her. I was not successful most times but I did try, and here she was giving me excuses for why she could not do the same for me. Perhaps she was being sensitive to my needs. If so, then why did it feel like betrayal? When I look back on our crumbling friendship, I must admit I was in no position to fight for it because I was fighting to regain myself and a sense of who I was as a wife and a mother. It took me a long time to regain me, but I am wiser and stronger for the experience.

The last time we talked was in 2009. I called her. She gave the same excuse for why she had not reached out. I never called her again after that, and she did not attempt to inquire about my absent calls. It was painfully clear we were leading different lives and the friendship had run its course. I was angry with her but more so with myself for letting the friendship get to such a low place. I wanted the last chapter of our friendship to be written to satisfy my bruised ego and heart. I wanted closure.

In time (much later) I realized that things do not always play out the way I want for the friendships or relationships in my life. I have learned to let go with no hard feelings—we had our season, and it was great. Now I have friends who are giving me what I need in this season. And I am doing the same for them. I now know it is okay to let people enter my life and to let them exit as well. I cannot control the season. The only thing I can control is my willingness to accept the friendships God blesses me to have for as long as I have them. And when that season is over, I can hold onto the gifts of memories and lessons.

I now know it is okay to let people enter my life and to let them exit as well. - Vonette Lanier 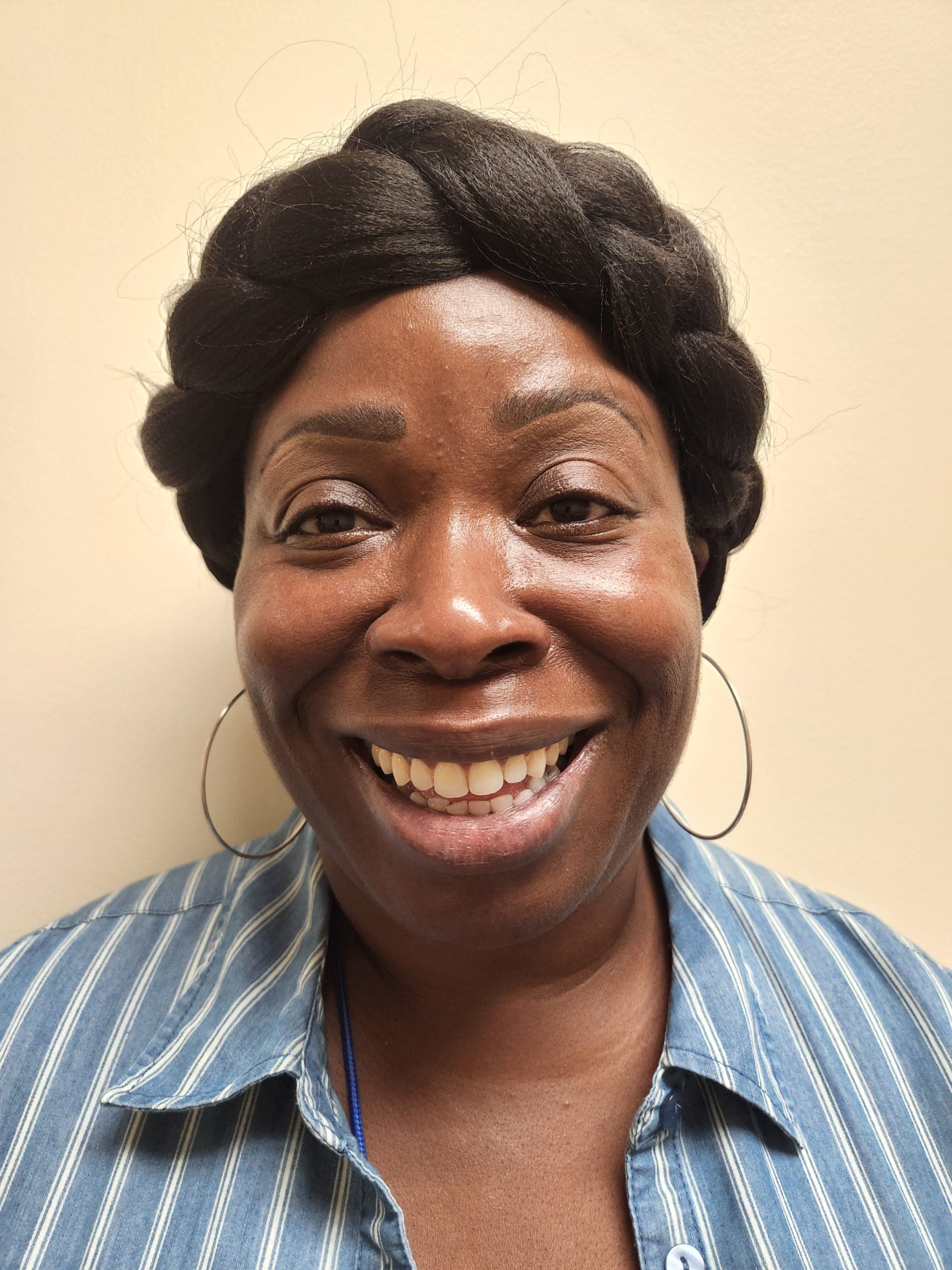 Vonette Lanier is a writer, educator, devoted single mother, garden enthusiast, founder and editor of What’s Within You Magazine, and lover of writings that validate the experiences of African Americans.