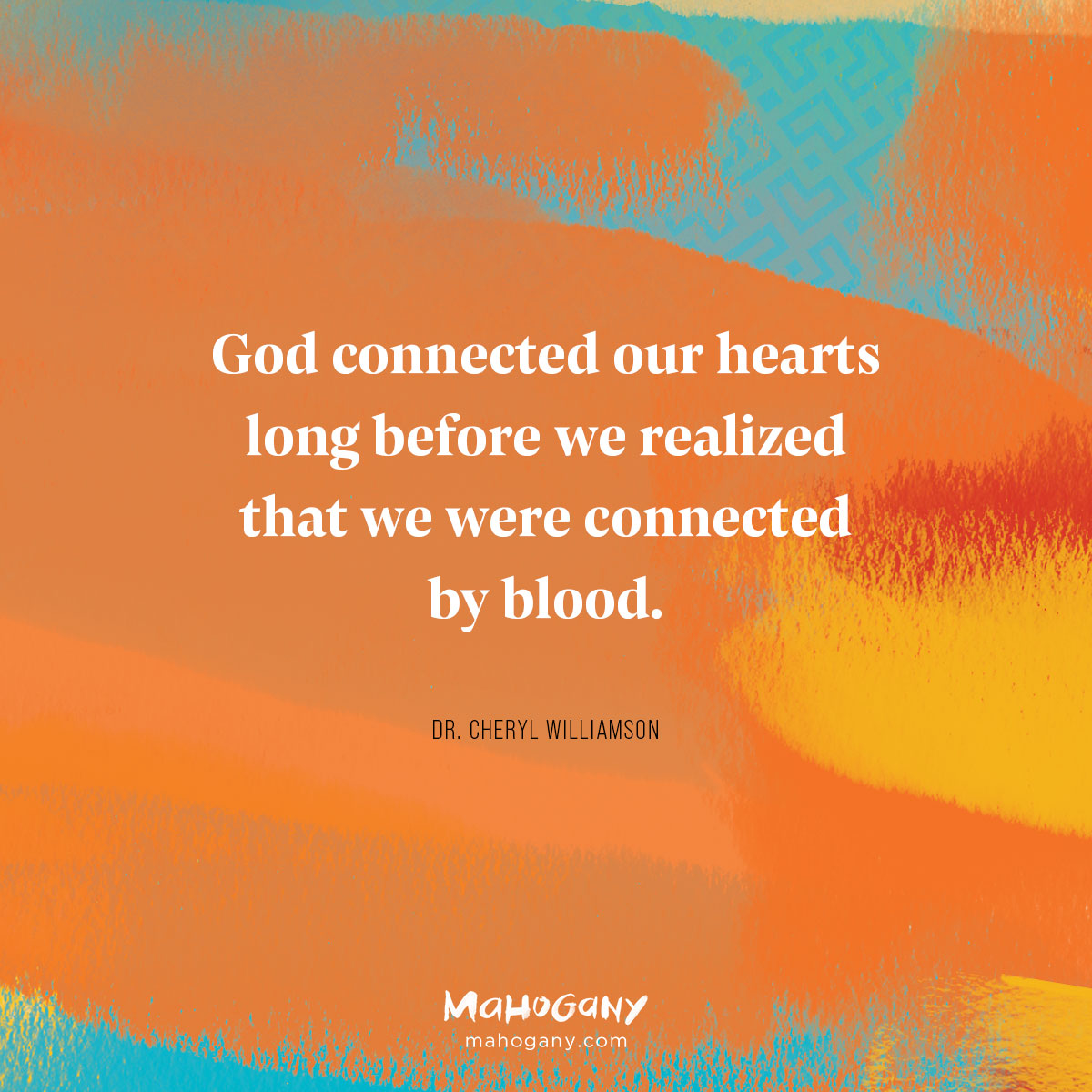 When my family relocated to Dallas, Texas, in 2010, I found myself fraught with mixed emotions. Before moving to Dallas, we had already relocated three times for my husband’s job. With each move, I longed for and missed having family close to us. While relocating was a new beginning with fresh opportunities, it was also lonely because my family was still in Savannah, Georgia. Feelings of isolation comingled with excitement for our new life in Texas—I was struggling, Sis. My husband and children had mixed emotions, too; they missed their cousins, aunts, and uncles.

As we settled in Dallas, I joined organizations and frequented networking events that allowed me to meet many talented sisters and like-minded queens. But still, there’s nothing like the love of family, and the void left by not having family nearby was ever present. It felt like a gaping hole in my heart. I had no idea that a decade after our move to Texas God would send an answer to this longing in the most unexpected way. Won’t He do it?!

In 2018, I became producer and executive producer for Soul Purpose, a stage play about family, sisterhood, and love. It was a passion project that blessed my soul in many ways. I loved being at rehearsals and interacting with the cast. During my time at rehearsals, I bonded with a particular cast member named Contessah. From the moment we met I felt a sense of closeness with her; it was almost as if we had known each other before.

Our bond quickly and organically blossomed into a true sisterhood. We spent quality time together and poured into one another. I went out of my way to attend her other performances, and she made it a priority to attend my events. We called and checked in on each other. We protected and encouraged one another. Although I had not known her long, she felt like family. I often found myself thinking, blood could not make us any closer. We didn’t know it then, but God was up to something.

One evening after play rehearsal, Contessah and I took a photo together. She shared the photo on Facebook, and to our surprise, someone commented on the photo saying we were cousins. Girl, what?! Our minds were blown. Could it be true? A few weeks later, Contessah showed me a picture of my dad and her aunt together. It was in fact true, we were cousins. We cried, laughed, and embraced each other. All this time we were family and had no idea. God connected our hearts long before we realized that we were connected by blood.

I had been longing for family for years, and the whole time she was just a few miles away. Look at God! God gives us our longings and desires for a reason. It is easy to get discouraged when we have a longing for something that takes years to manifest, but just remember—God gives us our desires and longings because He wants to fulfill them.

When I began working on Soul Purpose, I wanted it to inspire and uplift women with its message of family, sisterhood, and love. I had no idea that this message would resonate with me so deeply. I had no idea that the play would connect me with my sister-cousin. My bond with Contessah has been one of my greatest joys, and my family and I have been unbelievably blessed by her presence in our lives.

I had been longing for family for years...God gives us our desires and longings because He wants to fulfill them. - @DrPolote