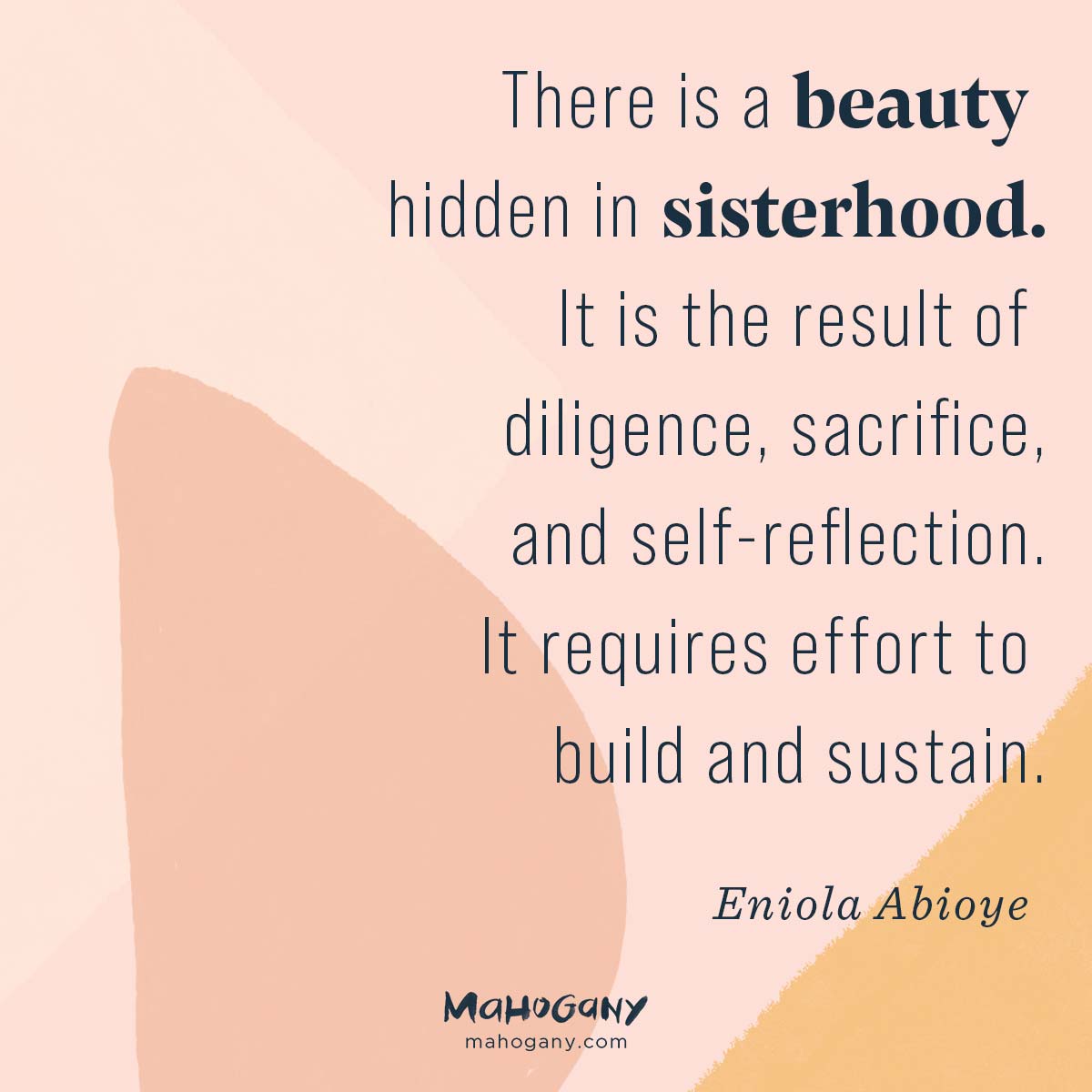 My sister, Temi, is two and a half years younger than me. She is fondly known in our community as a brilliant ray of sunshine. Our friends jest that she could befriend a tree. Her care for people oozes—from her genuine smile and captivating laughter to her jovial presence. And I almost missed it because I was so bent on enjoying her from a strong-arm’s length.

It started where all sibling strife begins, at home. We grew up in a Nigerian-American household. Which means on special occasions, we wore identical native wear; if I got invited to a sleepover, she was coming too; we got Jeri curls at the same time; and on Christmas, we would get the same gift in different colors. That started to change when I grew up and moved out. I fought to carve out my own space in the world, using my jagged experience and incomplete wisdom to fill in life’s gaps. And things were working fine until my lively little sister stepped into the picture.

She arrived in Dallas, Texas, six years after I’d moved there. We shared adventures to Target, haircare advice, new recipes, exciting entrepreneurial ideas, and impromptu road trips to nearby cities. We took up space in each other’s worlds. But we also exposed weaknesses in one another that we could easily hide from our closest of friends. She revealed parts of me that I hid from my community and myself.

That’s sisterhood—it brings out tears, laughter, and rage like no other relationship.

The excitement at her arrival gave way to the frustration any older sibling might experience. Friendships, hangouts, work, church, even finances—it seemed like nothing was just mine anymore.

I remember when we moved into our first apartment together, 600 square feet, one-bedroom, one bathroom. We really thought we could make it work. After about six months of navigating snoring, noisy neighbors, and a bug infestation, we splurged for a bigger place. But it was a temporary fix to a bigger problem. While I was itching to spread my wings, my baby sister was longing for deeper friendship.

I wrestled to fully embrace her in my world, and this triggered volatile arguments where we verbally tore each other down. We would apologize, but we were building on years of family trauma, projecting our ideas of relationship onto one another, and setting expectations that we hadn’t communicated.

In the beginning, she would quietly forgive me. Later on, she would check out entirely, walking away mid-sentence because she couldn’t handle the hurt exchanged in our conversations.

As her magnetic personality drew friends to her—even some of my friends—my irritation began to flower into curiosity. People were experiencing my sister fully, but I was still treating her as if she wasn’t growing and maturing. I began to see how she freely opened herself up to people who didn’t want her to be anything but who she was.

It all came down to this single fear: By the time I saw what was so beautiful about Temi, it would be too late. That fear made me pull down my own walls and pursue her heart. I needed to see what I’d been missing—to understand what it was that made her so beautiful to others, beyond what was so familiar to me. I discovered her loyalty, courage, and deep friendship. No one knows me like my sister, and there is no voice that can light up my darkest spaces like hers.

It took a while, but I began to see her not as the little sister who tagged along, but as the one who’s been paving her own way all this time. She was making her own strides in career, health, and community. Here I was, trying to hold onto things I thought she would take from me, but she was showing me there was more in life to reach for than what I had known.

There is a beauty hidden in sisterhood. It is the result of diligence, sacrifice, and self-reflection. It requires effort to build and sustain.

A few days after Temi’s birthday, I was dropping her off at the airport. We’d had a painful conversation in the car on the way there. But instead of ending it in a searing attack where we shot accusations at each other, we had an honest dialogue about the shift in our friendship and expectations. We listened to one another. We’d been successfully practicing that—being brave, bringing our pain and victories as offerings to the table of our connection. The work showed. I knew Temi and I had experienced an evolution in our sisterhood and in our friendship. After our conversation, I sent her a text: We are healing.

Temi and I have come to a beautiful understanding. We realized we didn’t just want a sisterhood forced by blood, but a friendship forged in choice. For each stride we’ve made to be in sync, we still need to walk diligently beside each other, fight for connection, and communicate with one another. Because my sister is worth it, and so am I.

How do you fight for your sisterhood?

No one knows me like my sister, and there is no voice that can light up my darkest spaces like hers. - Eniola Abioye 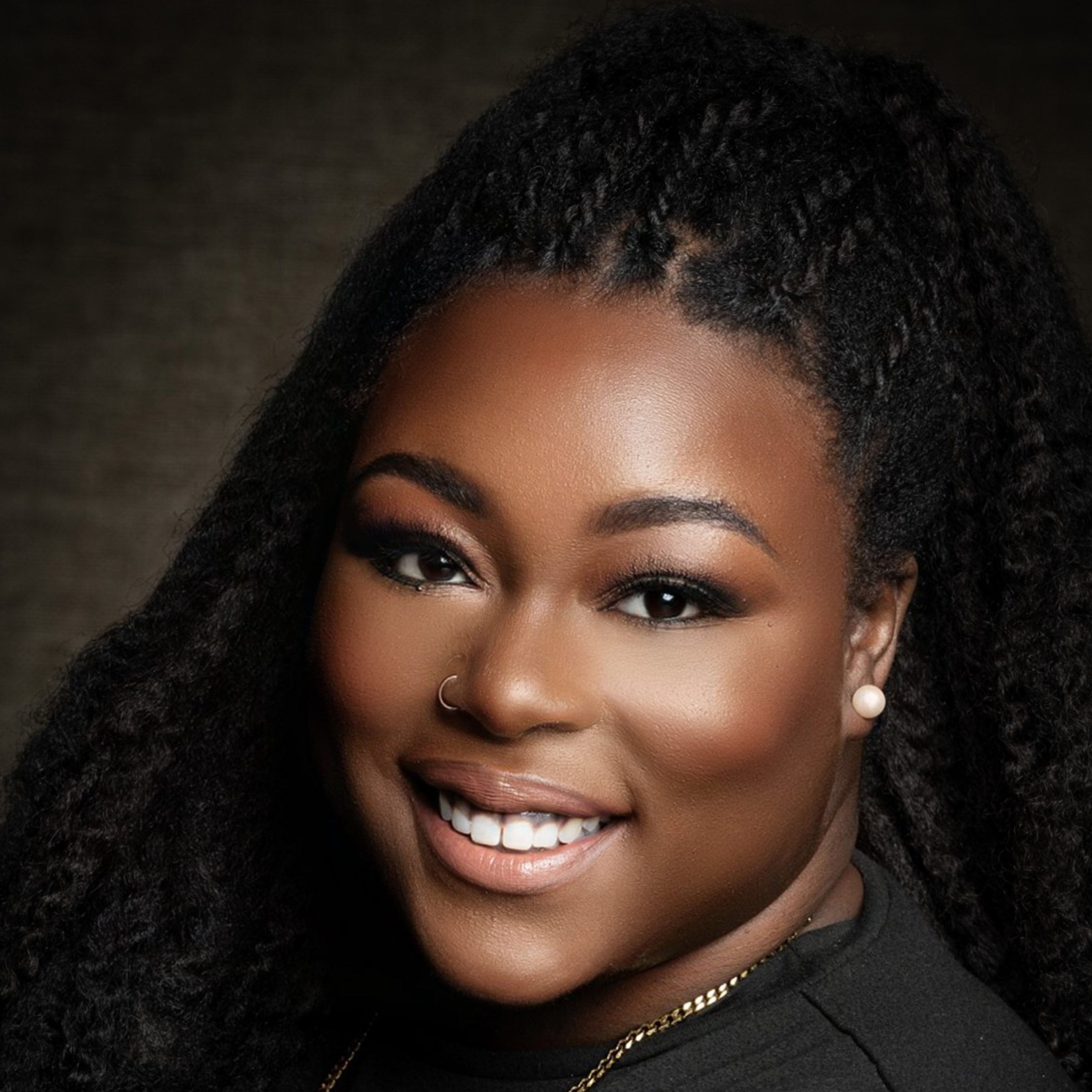