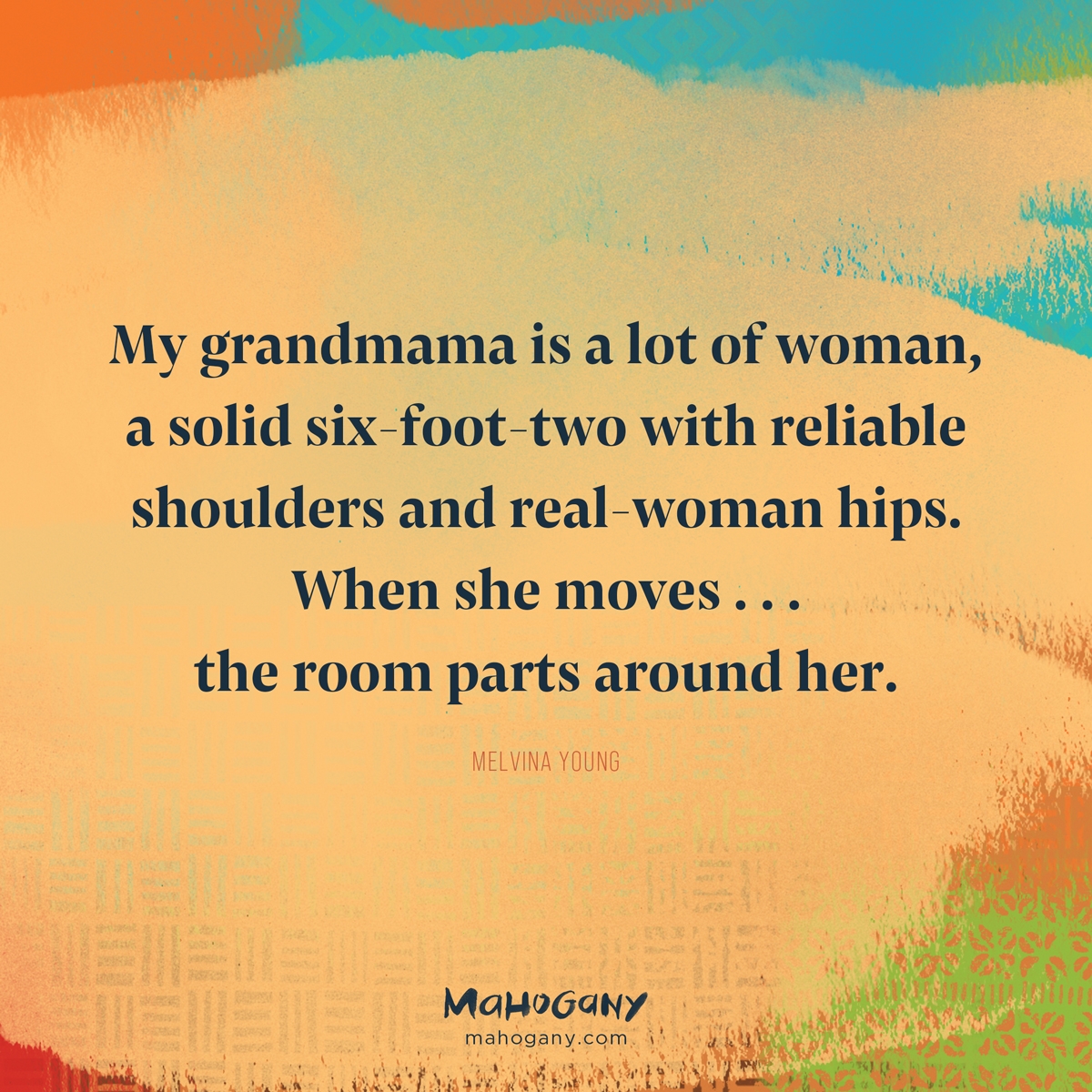 Five-year-old me is standing in the kitchen, the last room of my grandmama’s shotgun house, in Lepanto, Arkansas, on no particular morning in the late-1960s.

She pours us both a cup of “coffee” (mine 99% condensed Pet milk and 3000% sugar). We’re listening to the strains of moment-defining soul music broadcasting from WDIA — the first radio station in the country with programming meant entirely for Black people — streaming to us across country byways and cotton fields all the way from Memphis, Tennessee.

This is the room where my grandmama dispenses catnip tea for measles, or reminds me to hold my ear as she presses the hot comb against my just-oiled edges, or admonishes me to “stay out grown folks business” when she catches me listening too intently to her and her women friends talk their talk.

My grandmama is a lot of woman, a solid six-foot-two with reliable shoulders and real-woman hips. When she moves . . . the room parts around her. 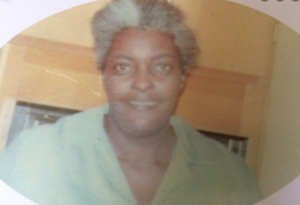 By the standards of the bigger world, she ain’t got much.

She’s a poor Black woman with a third-grade education — separate and unequal — who works as a maid; she has a husband who makes his living at a cotton gin, 12 children, and a five-room house with shiplap walls and plank floors that lose the fight against the cold in the winter and fail to hold off the heat in the swelter of summertime. The one thing she owns, this house, stands on cinderblocks a couple feet off the ground.

But, like I said, my grandmama is a lot of woman. And she can make a lot happen. Like when she refuses to follow the rules of segregation, especially when they persist in the post-segregation world we find ourselves heading into.

Just because laws passed and the “Colored Only” and “White Only” signs are starting to come off the glass doesn’t mean that doors to equality and opportunity fly open. Mostly, they still have to be pushed open from the outside — occasionally, a brick might have to fly through first.

My grandmama’s hands are made for bricks. She stands up tall when she talks and looks people dead in the eye. Everybody. Even and especially the ones the rules say she’s not supposed to.

As we sip our coffee, we listen to The Impressions pouring from my grandmama’s little cream-colored plastic portable radio sitting on the shelf over her kitchen table. They tell our people to “Get ready” as she starts to pull together ingredients for a dinner that will simmer and stew all day in one pot, the way dinner has to cook when nobody has the luxury of standing over the stove and keeping careful watch over several dishes.

There might be greens thrown in the pot with neck-bones while Aretha belts out “Respect.”

Or, brown beans thrown in the pot with neck-bones while Jerry Butler tells us that “Only the Strong Survive.”

Or, neck-bones thrown in the pot just to have some neck-bones to eat while Curtis Mayfield tells us we can “move on up.”

Or, maybe all the neck-bones (and every other kind of meat) is gone, and there might be corn bread fixin’ to be crumbled up in pot likker while James Brown lets us know we BETTER “Say it Loud!” So black. So proud:

Some people say we got a lot of malice, some say it’s a lotta nerve
But I say we won’t quit movin’ until we get what we deserve
We’ve been ‘buked and we’ve been scorned
We’ve been treated bad, talked about as sure as you’re born
But just as sure as it take two eyes to make a pair, huh!
Brother we can’t quit until we get our share …

And my grandmama, without saying a word, shows me just how true this all is.  Maybe that seems natural and unremarkable now. But back then, this was miracle work.

Because this is back when being “colored” or a “Negro” means that you’re being pressed down by a soul-killing lie: Being colored or Negro means you are supposed to be nothing and nobody. And you are never going to get the chance to be anything because God, the law, and some people—the ones who believe they’re better than you—say so at every turn.

Even trying to be something and somebody can bring down humiliation at best and wrath at worse. There are steep penalties for “getting out of your [racial] place” — sometimes deadly ones. But my grandmama shows me how to stand up to that lie and anybody telling it.

Like when she refuses to stand back in the grocery store until all the white customers have been served. Like when she cusses out the electric meter man who, having installed meters for the first time on the newly electrified Black side of town, accuses her of tampering with the one on her house.

Like when she (harmonizing with my mama) tells me that my books are my way up and out. And that she is so proud of my book learning. And that book learning is only one part of wisdom. “Ain’t NO fool like a educated fool,” she reminds me.

Like when she (and many other women from my community) decides to be how people who are Black and women aren’t supposed to be: Bold.

My grandmama helped me grow my Black womanhood bold and strong and bookish in the soul-music-filled kitchen in her little shotgun house in a world that was struggling over what it thought she and I should be.

But she knew what I could be. She dreamed it and fought for it. She connected me to our community’s history of resilience. And she let me know in so many acts of love that I was the Black future as both Black and a woman, even though the world might not understand that yet.

She was an ordinary woman doing the extraordinary work of change through the everyday act of asserting her Blackness, her womanhood, her humanity as worthy of dignity and respect. And mine.

So, thanks to my Grandmama,
Josie Avant Young,
my Black womanhood is
bold,
bookish,
and born in the soul-music South.

As we sit at the end of Black History Month and the beginning of Women’s History Month, I’m wondering: How did important Black women in your life help you build your Black womanhood?

So, thanks to my Grandmama, Josie Avant Young, my Black womanhood is bold, bookish, and born in the soul-music South. - Melvina Young

Melvina Young and her work have been featured in the New York Times, on CNN.com, the Grio, the Emmy Award winning daytime talk show The Real, AmazonLive, and other national and local news publications. She has written hundreds of cards and over dozen books as well as created internet content...