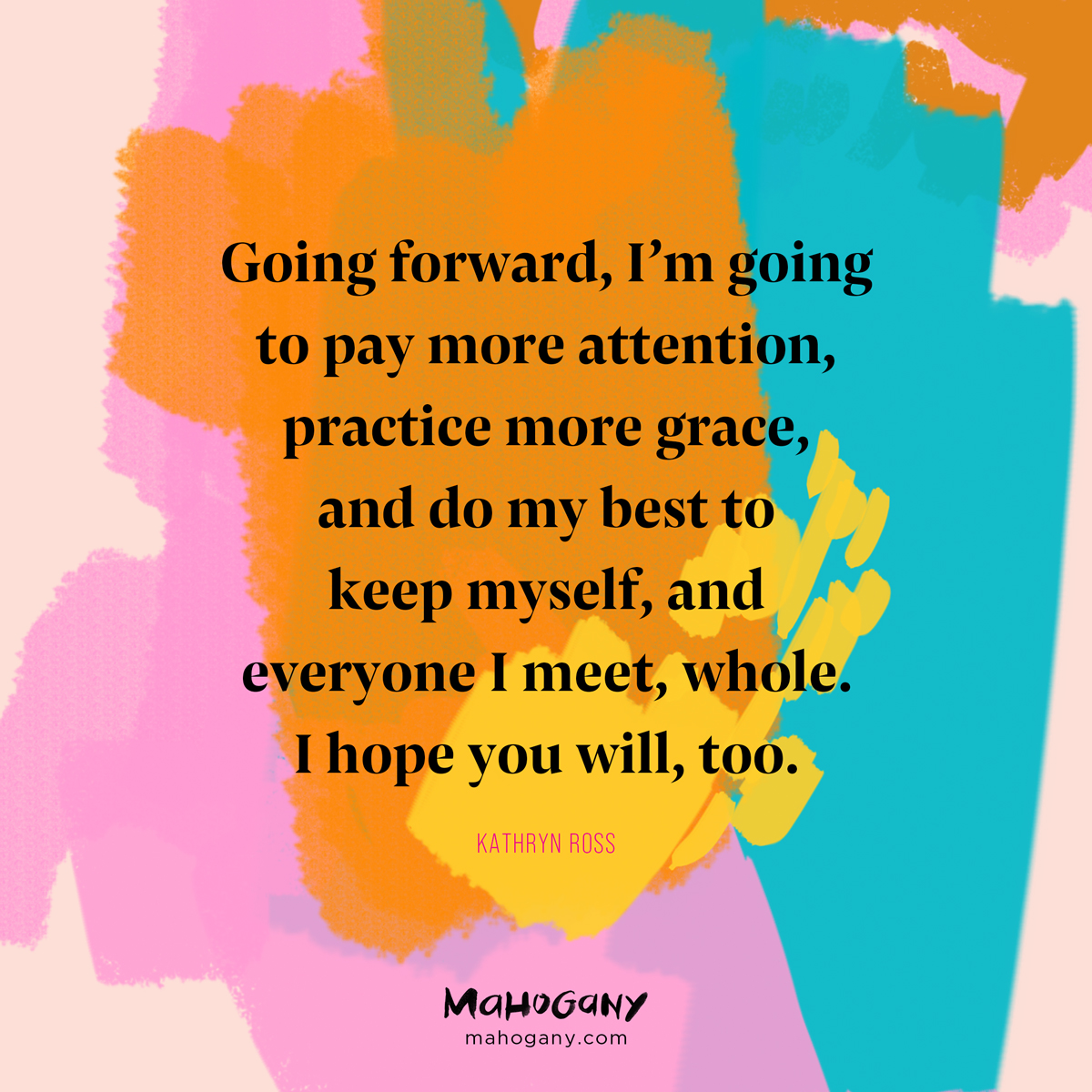 Recently, I met someone. It was going well enough, and I was just starting to feel relaxed, you know? Even a little hopeful. Dating is so hard, and as a Black woman it often feels a little harder. But this time my most obvious obstacle was irrelevant. So, with race out of the way, I felt like all I had to consider were the other common, important things: compatibility, shared values and similar worldview, whether a conversation could be held. And each of those things was there.

I’m not saying I was preparing for happily-ever-after or even happily-ever-next-week, but the trepidation I often feel around dating and new relationships was, for the most part, assuaged. Yet after just over a month of getting to know this person, they ended things rather abruptly and cited my invisible illness as the reason why.

I have fibromyalgia. It’s an invisible, chronic condition that mostly affects women and is characterized by widespread pain, fatigue, and even weakness. It can look different in everyone, but the core issues are the same. My mom and grandmother have it. I wasn’t diagnosed until I was nineteen, but I know I’ve always had it, too. (I suspect it’s the main culprit of my struggles in P.E. as a kid.)

Despite this, I’ve never viewed my fibromyalgia as a problem. Honestly, so long as I pace myself, get enough rest, avoid overly-strenuous activities, and manage my stress—all of which I’ve learned to do wonderfully—I feel about as fine as I look, and I manage to lead a pretty normal life—I go to concerts and the beach, take walks and even trips to Disneyland!

If I don’t take care of myself, though, I’m facing a day or two in the bed and probably a good, long soak in the bath to cure my muscles of their aches and pains. It’s not great. It’s even a little annoying at times. But is it debilitating? No. Not until, apparently, it was.

The person I’d been talking to enjoyed being physically active (hiking, running, etc.), and because of my condition they felt it was unrealistic to expect me to be the same. I knew they liked the outdoors, but I wasn’t aware to what extent—and certainly not to this extent.

I want to be clear: I’m not trying to drag this person or what they deemed important. Honestly, I’m sure to them it all sounded very reasonable, but I was blindsided. I was immediately split into two people, who I am and who they saw. It was disorienting and jarring, and it wasn’t until I got my footing again that I realized I’d felt this way once before in my life: when I first faced my double consciousness.

I learned the term double consciousness as a freshman in college, but I didn’t truly experience or understand it until I was twenty-one and had my heart freshly broken. Long story short, I was nice and sweet, and we had things in common, but dating a Black girl was not something this person wanted. While I nursed that heartbreak, I began to process the reality behind it. It forced me to remember other moments in my romantic past tinged with the same theme: boys in high school who told me to my face that Black girls were not beautiful; boys who told me my friends were so much prettier than me simply because they weren’t Black; boys who let me know Black girls were not their type as easily as telling me their favorite ice cream flavor.

My race had been a factor in things not working out with someone I really liked before, and I took that to heart. I was young and crushed, but I understood and was better informed. Rather than let this newfound double consciousness stop me, I was going to equip myself with it. There were people out there who weren’t going to see or want me because I am Black. Fine. Understanding that prepared me for the next time it happened—and the time after that, and the time after that.

But it did not prepare me for this. Something fundamental—biological—about me, something I cannot help or change, was zeroed in on and reason enough to no longer see me. That really scared me. I felt diminished and defective, like everything about me had been stripped away so that only my “limitations” mattered. I saw myself one way, but this person saw me another way, and there was no bridge between.

So, what am I left with? I’ve already had to think this way about being a Black girl for so long that this lens is normal to me. I’ve learned to live my life through it. But now? I’ll have to think about my fibromyalgia in this way too, just in case. Another double consciousness to rest upon the first.

What this has shown me, more than anything, is how easily we categorize people. In what ways have we created a new person based on the limits or ‘undesirable’ attributes we perceive in them, and erased who they actually are? In what ways do we do this to ourselves? What differences are we making mountains out of, and how might that hurt a person who was just hopeful—for something new, something good, to be seen?

Going forward, I’m going to pay more attention, practice more grace, and do my best to keep myself, and everyone I meet, whole. I hope you will, too.

I saw myself one way, but this person saw me another way, and there was no bridge in between. - @speakthewritelanguage