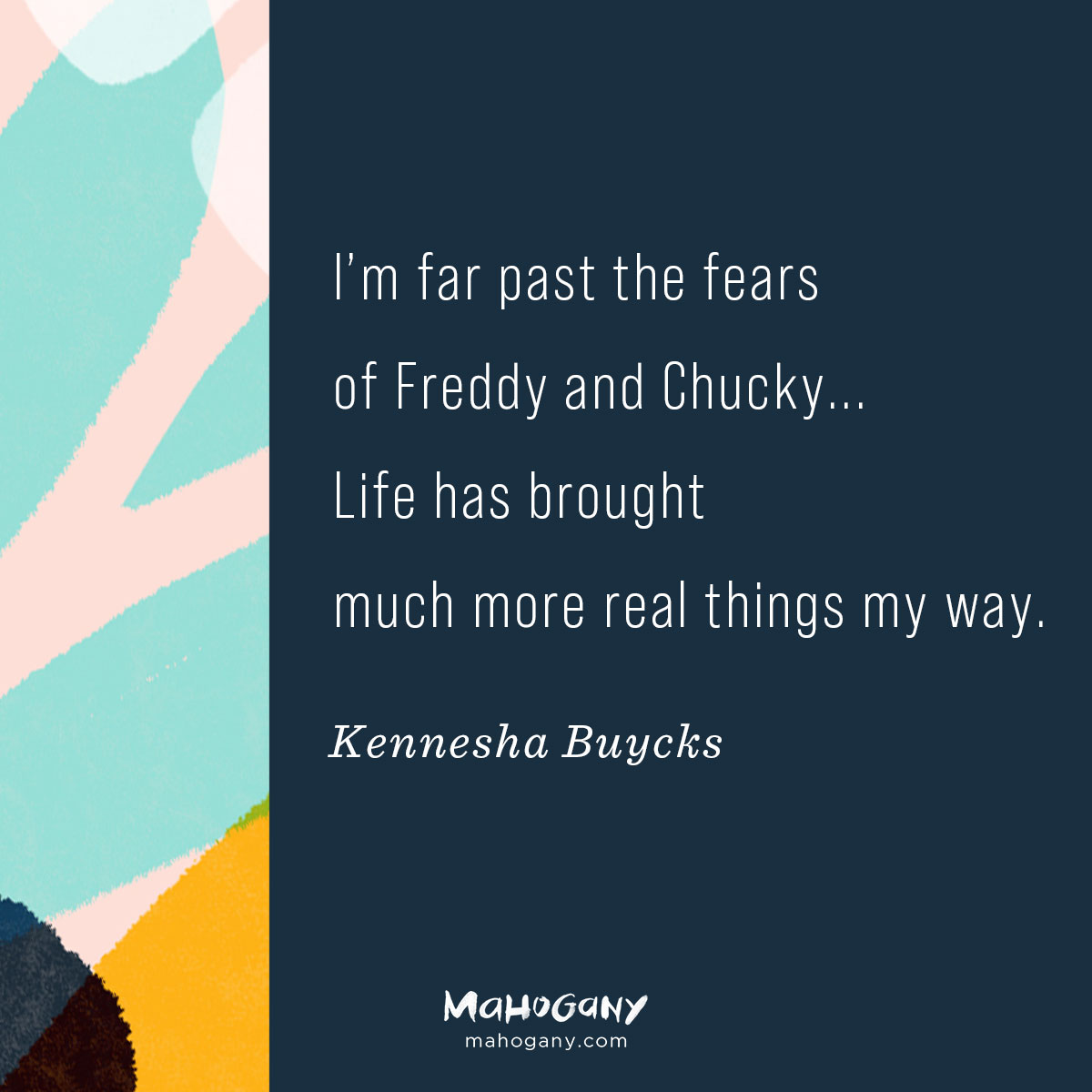 When I was a kid, I was deathly afraid of the dark. Honestly, I was afraid of a lot of things. I’m an 80’s kid—the Freddy Kruger, Jason, Poltergeist, and Chucky kind of 80’s kid, and I was into all of it. I don’t remember if I was even allowed to watch most of that stuff, but I did anyway and there was a price to pay.

Growing up, my bedroom was in the basement of our home. As a teenager that became more and more cool, but when I was younger it was the thing of nightmares—the most graphic and physically debilitating kind of nightmares. Once night fell and it was time for bed, that’s when the real “fun” began.

If there was an unfamiliar sound in the dark, it turned into the screech of Freddy’s metal fingernails scraping across the footboard of my bed or the pitter patter of Chucky’s feet scampering from one side of my room to the other. My imagination had no limits and no bounds. I would become consumed by the visuals that played over and over in my mind, and many times I would climb into my mom’s bed for safety, security, and a bit of relief from the torture the darkness brought. Her presence seemed to save me. It brought light.

One summer night while visiting family, I thought it’d be cool to show off just how brave I was by watching one of those infamous 80’s horror movies with some of my older cousins. When someone suggested that I go to bed because the movie may be too much for me, I shrugged it off. I said I’d be “just fine” and that “I’d watched worse.” I hadn’t. The truth was, I’d never been more terrified in my life, but I could never let them know that. I needed to be strong—I’d show them.

But I wasn’t strong. At all. I was afraid. As the movie ended and it was time for bed, I could feel my breath shortening and my anxiety rising. In the back of my mind, I kept telling myself that I needed to hide my fear. Which worked until I got into bed. Then all those images began to bombard me as they had so many times before, but this time it was relentless. I couldn’t fight them, no matter how hard I tried. The tears started falling, and I started wailing.

As soon as it felt like the walls were closing in on me, my aunt walked into the room, laid her hands on me and began to pray. This wasn’t just any prayer. (My aunt never just prayed.) No, this was a prayer of warfare, a declaration that would send fear running for the hills and invoke a spirit of calm and peace in my mind and in that room. What previously had felt dark and hopeless was now light and free.

I’m far past the fears of Freddy and Chucky… Life has brought much more real things my way. I’ve trudged and navigated darkness that I still can’t seem to find my way through, but unlike that little girl who was scared of the monsters under the bed—I’m no longer afraid of what I don’t see. I’m more aware now than ever of the ever-present help of a Father who scoops me up when I am unable to stand and calms the storms of my mind with just one word and a proverbial touch of His hand.

Have you ever felt crippled by fear? How do you overcome it?

…unlike that little girl who was scared of the monsters under the bed—I’m no longer afraid of what I don’t see. - @restorationh 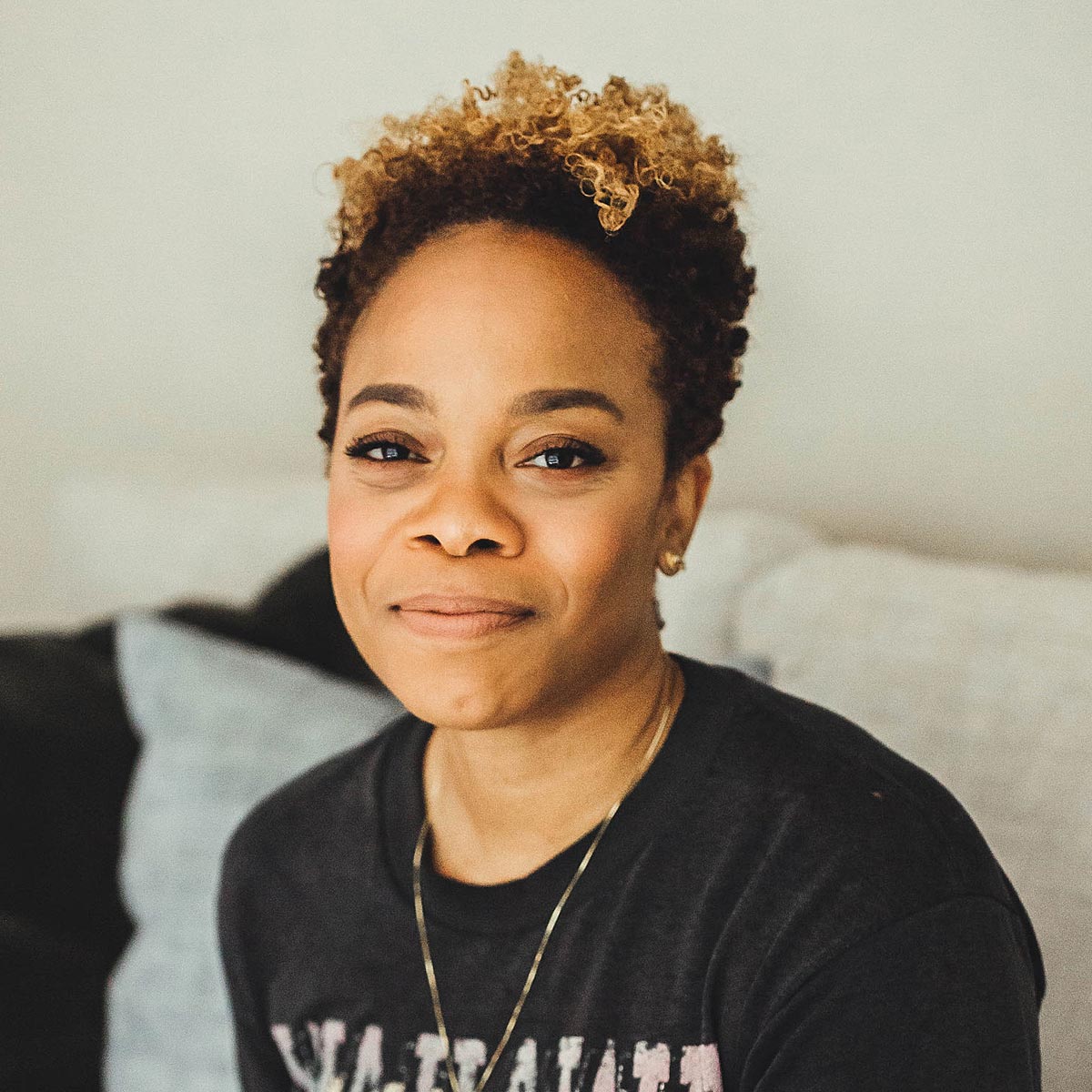