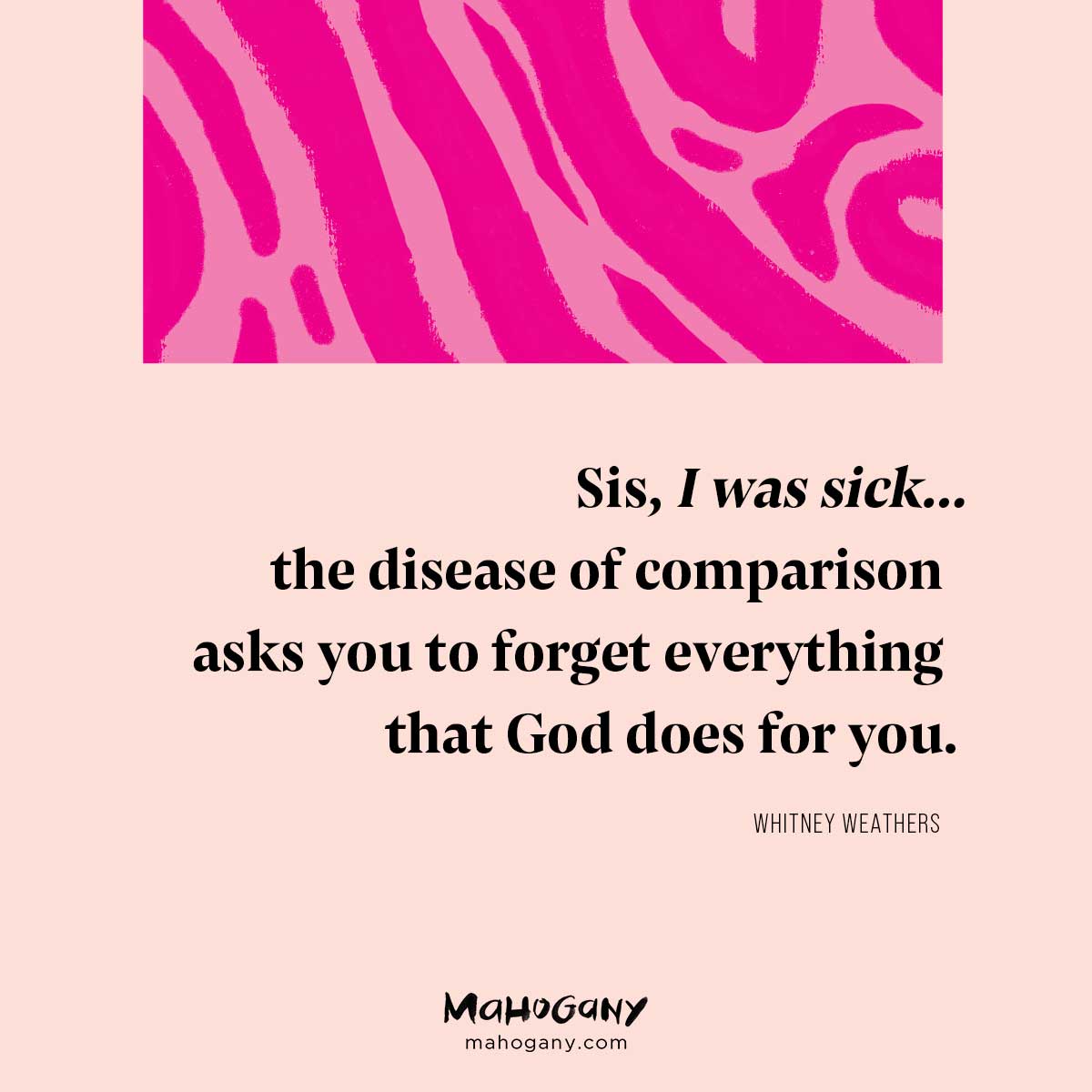 Social media is the best worst thing that could have happened to humans.

Read that again.
Out loud.
Slowly.

At face value, it doesn’t make any sense, but think about it: As a result of social media, we get to see into people’s lives. Sometimes when we look, we are inspired, excited, joyful even. We share and repost gleefully—our holy, virtual version of an out-loud “Amen, sister!” Other times, we are bitter, jealous, and upset because of what we see; we are quiet, seething, haters. And no matter how often we are told that people only post their best selves on social media, we still pour over photos and status updates with the vigor of a sleuth trying to disprove our own eyes. In short, we compare ourselves to what we think we see.

I had one sorority sister whose husband purchased matching luxury SUVs for her and him. I had another friend whose husband took her on lavish trips every other month. Many of my “friends” were pregnant, engaged, or just enjoying life. While I was in a non-monogamous relationship with brothers Ben and Jerry. Simply put, I was miserable because I kept comparing myself to others and what I thought I was missing.

In 2013, I got divorced. It was the ugly kind—child custody disputes, threats, orders of separation, the works. After everything was done, I was an emotional mess and rubbed raw by the pain of being abandoned. Although I was in need of healing, I refused to do the work to get better. One of the things that stopped me was my addiction to what was happening in other people’s lives. I examined my ex’s social media; he was going to clubs and hanging with friends. I saw what I thought was him thriving. How could he be thriving? I couldn’t figure out why I was so miserable while he and everyone in my age category were out having the time of their lives.

I wallowed in self-pity. I clicked obsessively, comparing myself to everyone. Hours passed as I scrolled and scrolled myself into depression; I was fixated on finding someone who was as miserable as I was. Sis, I was sick. I was sick because the disease of comparison asks you to forget everything that God does for you. The sickness of comparison asks you to assume that you deserve what other people have without considering what those people went through to get it. The illness of comparison posits that you know more than God—that you are far smarter and wiser than He—and that’s a lie.

Comparison robbed me of the gratitude and praise that could have helped propel me out of my depression. But I liked being sick. To be honest, I enjoyed feeling powerless because then I had an excuse for my other destructive behaviors. “Woe is me” became my battle cry. I scrolled to feel in control of my misery. What about you? Is social media treating you right? Are you finding yourself lost in the lives of other folks? Is it time for you to take a break so that you can face your sadness

Sis, it’s time to get free, and that for sure won’t come from focusing on anyone other than you and God.

Let me learn you something…

In May of 2021, my current husband adopted my son. I posted a praise report on social media to extol my husband’s virtue but also to reflect on God’s grace and favor during my time as a single mom. That post blew up. I mean, sisters and women from all over began messaging me, commenting on the post, and even texting me about how inspired they were by my vulnerability. The women who reached out to me were the same women I had jealously compared myself to in years prior. The communication went something like this:

Sister 1: Sister thank you SO much for posting this! Quietly, my husband and I are getting a divorce and your post proves that I’ll be okay one day.

Sister 2: What a testimony! Can you tell me more about the adoption process?

Sister 3: You are so strong! I wasn’t sure I was ready to leave my husband before I read your post, but now I know that if I just keep walking with God, I’ll be fine.

Now listen up, you holy folk, I am not a divorce pusher. Never have been and never will be. But the word of God declares that all things work for our good. All the things:

Do nothing from rivalry or conceit, but in humility count others more significant than yourselves.
Philippians 2:3 ESV

And if my pain can bring relief, if my vulnerability can help you see that the trials of this life are all but temporary, then I’m going to post until I can’t post anymore. The moral of my story is: Don’t compare, share. Tell your story. Be vulnerable. You never know whose release you might be negotiating.

And if my pain can bring relief, if my vulnerability can help you see that the trials of this life are all but temporary, then I’m going to post until I can’t post anymore. - @Weathers_Writes 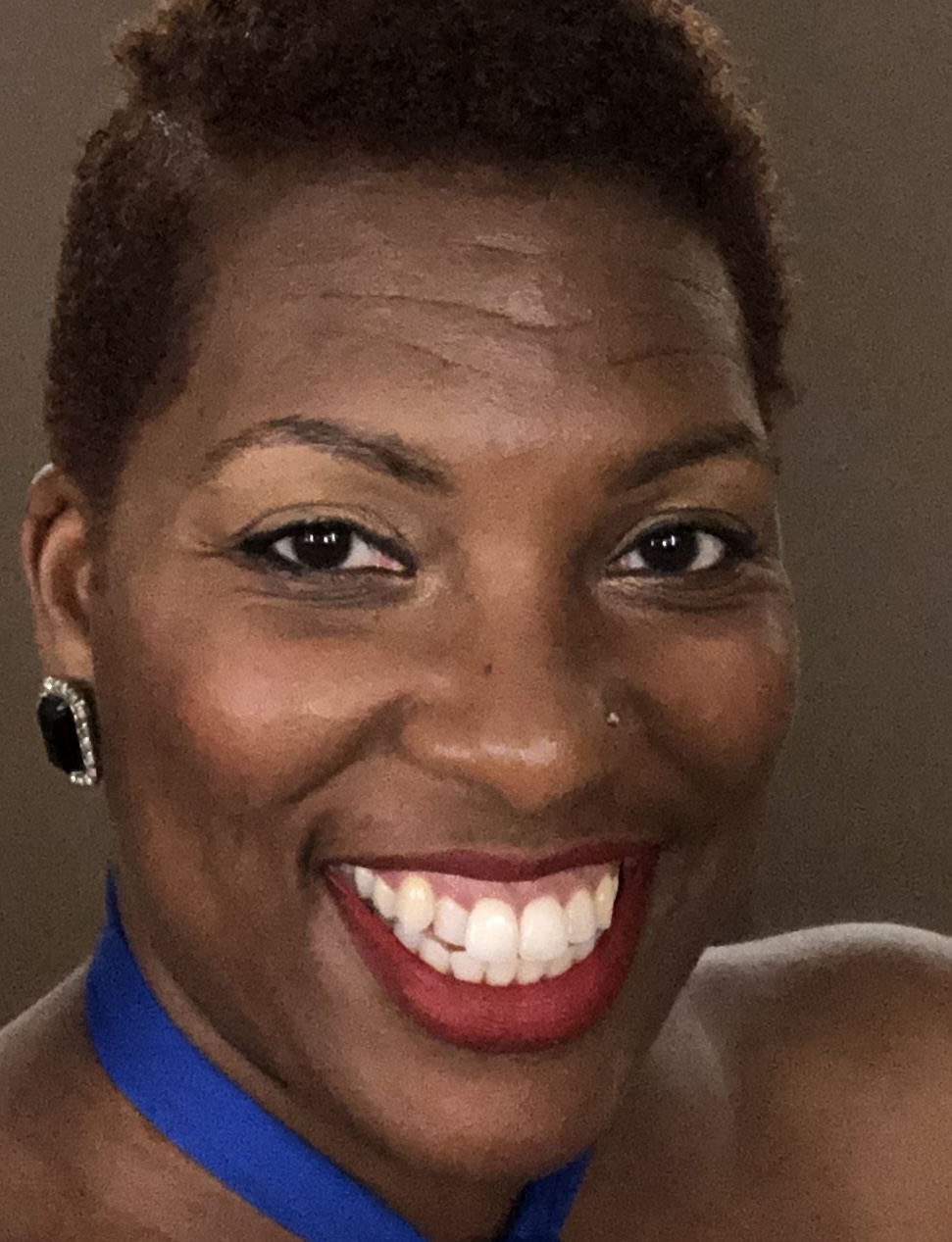 Whitney Weathers (she/her) is an award-winning educator who currently works in the non-profit sector as leader of diversity, equity, inclusion and justice. When she is not fighting the patriarchy, she is loving on her four amazing children and her one amazing husband.