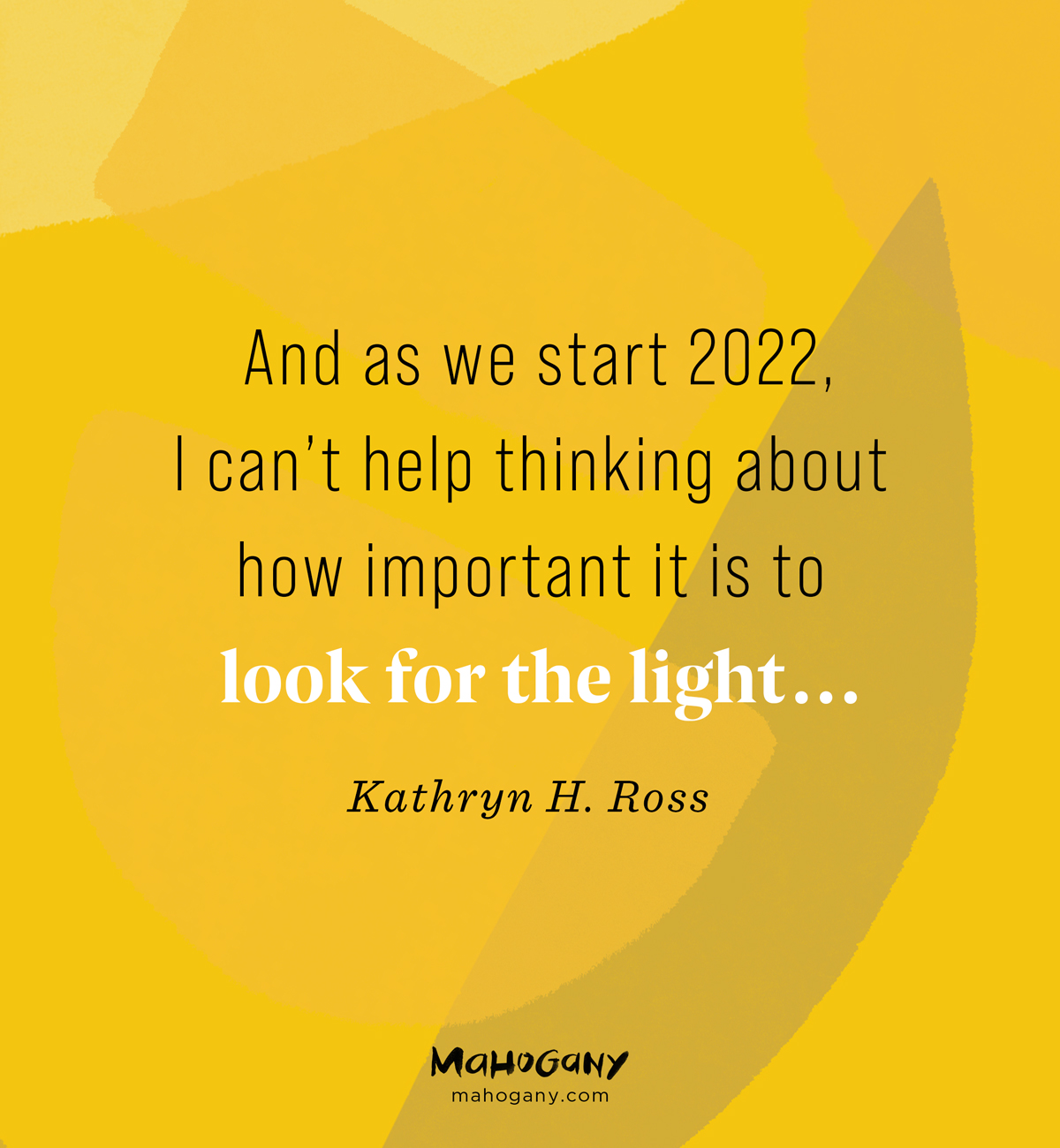 A few months ago, I was teaching a literature course. It was challenging for me because, while we were reading some good pieces, we were also reading some authors I tend to avoid. Ever since I finished college, I’ve been very intentional about who I read and who I don’t, and Flannery O’Connor has long been on the “don’t” list due to her views on race. Yet, here I was, faced with one of her most famous short stories, “A Good Man is Hard to Find” (1953). I didn’t expect to get much out of it, but ever since reading that story, I’ve been thinking so much about light.

Let me back up a little: In the story, O’Connor uses the sun as an image, scene-setter, and symbol. In fact, she mentions the greater light several times. O’Connor’s a Catholic writer and much of her work was influenced by her religion, so the great and ever-present light was, of course, representative of God. I get the comparison: Jesus is the son of God. His light being likened to the sun makes sense. Like the Bible says,

But what stuck out to me was how such a simple and straightforward symbol in the story really fits into the state of the world right at this moment — and how I almost missed it.

I see it spilling across my bedroom ceiling in the morning, glistening like dew on power lines and train wires, blossoming before me as bursts of red and white on the road, twinkling at me from the fairy lights around my desk. Like God, light really is all around us, but it’s seemed so absent these last 20 months that it’s been easy to miss and even ignore.

It’s not that the sun can ever be missed, but it can be taken for granted. So that something as wonderful and healing as sunshine becomes meaningless, snuffed out by the deep darkness around us. It’s not hard to go there: new variants, widespread death, social unrest, global calamity, a lack of empathy among people at large. It really seems like we’ve been treated to an extra helping of despair after despair, woe after woe . . . so much so that the apathy of complacency seems inviting. Safe, even. But we can’t go there.

We learned last year that just because the clock strikes midnight and an old, hard year ends, it doesn’t mean anything has actually reset or that the new year will magically be better. If I can be real with you, I see a lot of darkness yet ahead. The problems are still here. We’re still here. The pain is still here. The pandemic is still here.  But like John says, light shines in the darkness. And not only does light shine—it cannot be overcome.

I think we need to shift our focus. Every new year we spend a few weeks sticking to our resolutions, making ourselves new because the year is new. And while that’s always a worthy effort, I can’t help thinking about how important it is to look for the light in what may very well be another new year in the same dark place. As we start 2022, I think we need to give light a greater meaning and significance in our stories that it doesn’t currently have. If we take the time to notice the light around us, it won’t delete the darkness, but it will diminish it. And so, I want to propose a new practice for this new year: First Light.

Whether it’s as dark as 2020-21 or not, I want us to start the year looking for our first light, and I want us to look everywhere: in the places we choose and the places we might avoid. In my case, I avoided O’Connor. But if not for my teaching job, I wouldn’t have read this short story and I might not have gotten this message. Because it’s not just noticing the light itself, it’s being open to where you might find it and knowing it’s also in the spaces you’d rather avoid.

So, what’s your first light? Maybe it’s God — I know it is for me. Maybe it’s someone letting you in on the freeway, your child smiling, seeing more people in masks than not when you’re out, or simply waking up safe in your warm bed. It’s whatever makes you feel safe and hopeful and able to keep going. Once you’ve found your first light, notice it. Write it down and remember it. And then look for your second light. And your third.

This practice doesn’t have to be daily or even monthly. All I’m suggesting is that we step into a new headspace where we notice moments of light, literal and figurative. Because we’re in a place where we have to push back the gathering darkness, and this is one small but real way to do it.