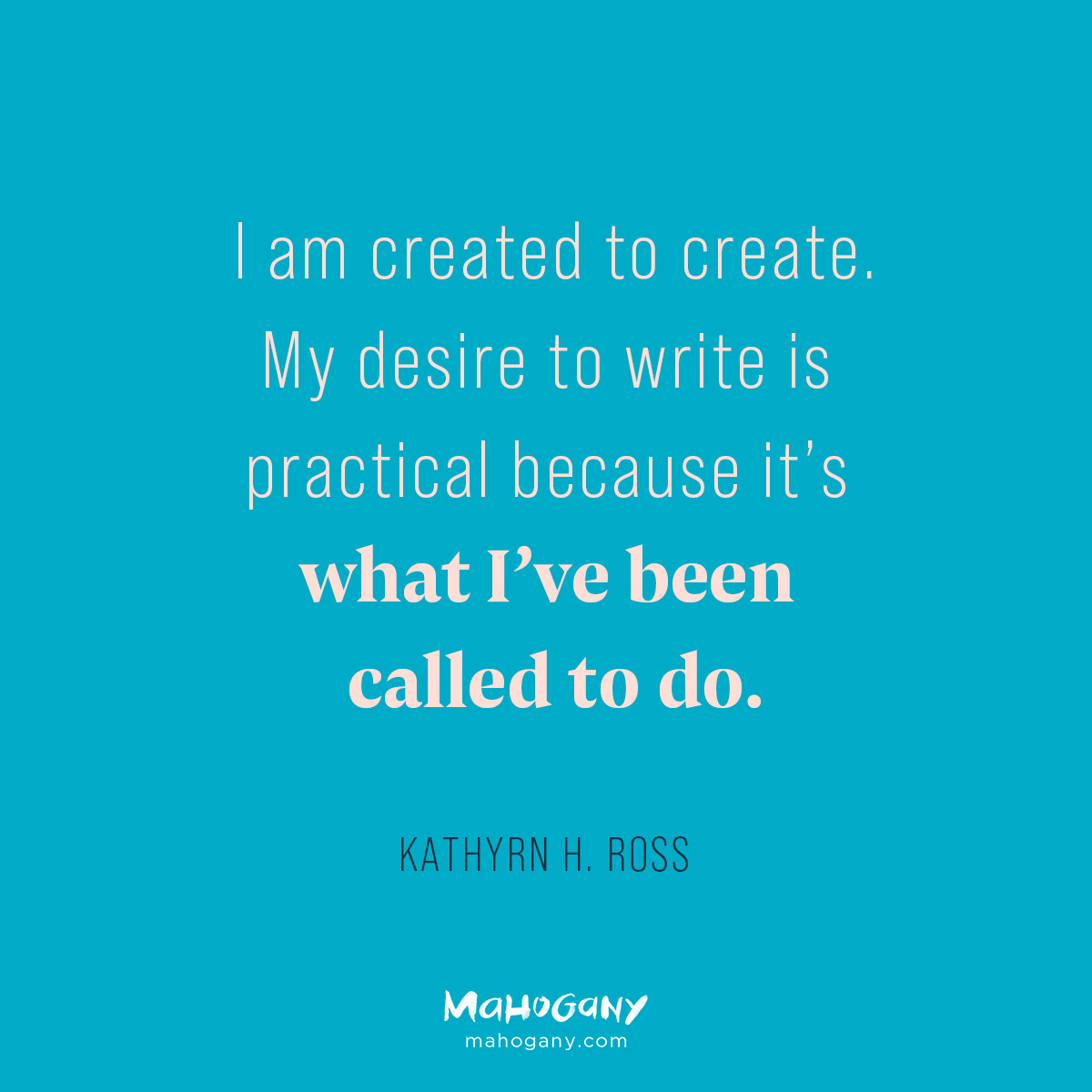 When I was 16 years old, I had a meeting with my guidance counselor. It was the usual conversation: What colleges are you looking at? What do you want to do? When I matter-of-factly told my counselor I was going to be a writer, he just looked at me. “That’s a bad idea,” he said shortly.

“Why?” I asked. And then we talked about it—or rather, he talked at me. He told me which schools had creative writing programs and how good one had to be for that education path to be worth it. He concluded by saying that at the end of the day, teaching was my best bet if I was really bent on pursuing a degree in English, but—again—it wasn’t a good idea. Of course, I expressed my discouragement, but he merely shrugged as if to say those are the facts.

I continued writing anyway: short stories, poems, and I even took a few whacks at a novel I still haven’t finished. In college I declared English as my major, immersed myself in writing electives, and consumed as many stories as I could. But my high school guidance counselor’s words still sat in the back of my mind.

Then, during my sophomore year, I had an epiphany. While doing homework on spiritual vocations for one of my Bible classes, it all became startlingly clear: I am created to create. My desire to write is practical because it’s what I’ve been called to do.

By the end of that year, my calling was confirmed. I was 19, I needed a job, and I was struggling with severe anxiety. I didn’t feel equipped or capable of landing a “normal” job for someone in their late teens (customer service, retail, on campus, etc.), but I knew I wanted and needed to work. So I prayed, and just a few weeks after the semester ended, I fell into freelance writing.

I’d never heard of this type of writing before, but there I was with a company writing several blogs and articles each day on all kinds of topics—and earning good money! The work I found that summer would carry me through the rest of college and grad school, bringing with it a ton of gigs, experience, and an ever-growing portfolio.

Fast forward ten years from that conversation with my guidance counselor: I’d earned two degrees in English and published my first book, but I was in a rough spot. I’d recently given up freelancing for a steady 9-to-5 as an in-office copywriter, but the experience left me significantly depressed. I returned to freelancing but work was scarce. Then, Covid hit.

As those initial pandemic months rolled out, I took up embroidery, started painting again, watched a lot of television, and survived off unemployment. Then, in the summer I had a conversation with my mom about my future and freelancing came back into the foreground. “Why don’t you just do it for yourself?” she asked me. All the years I’d been freelancing, I’d worked for others. I was independent, yes, but I was given assignments and deadlines by someone above me. This was a new possibility: truly being my own boss and starting my own freelancing business.

First, I prayed about it. Then—with God leading me—I did it.

I defined my services, set my rates, built a website, curated a social media presence, and in August 2020, I went live with CreatedtoCreate. In the year and a half since it’s been live, I have been so blessed. I’ve proofread and copyedited amazing manuscripts; helped clients put out books; built websites; and worked with creatives, academics, and professionals alike— and I am thriving. I’m supporting myself. I’m doing what I love. I’m writing every single day (and even published my second book!), making my own hours, and giving myself room to create. I never saw any of it coming.

I often think about the question, “What would you do if you knew you could not fail?” But I think the better question is, “What would you do if you knew you were called?” Because knowing that writing is my God-given calling is the only thing that’s given me the confidence to do any of this: to keep writing, to submit my work to publishers, to create a business in the middle of a pandemic, even to teach a college-level freelance writing course at my alma mater. Calling doesn’t mean failure is not part of the story, but it does mean knowing that failure is not the end. So, I keep going, never knowing what’s next, but confident because of the call.

What about you? What would you do if you knew you were called?