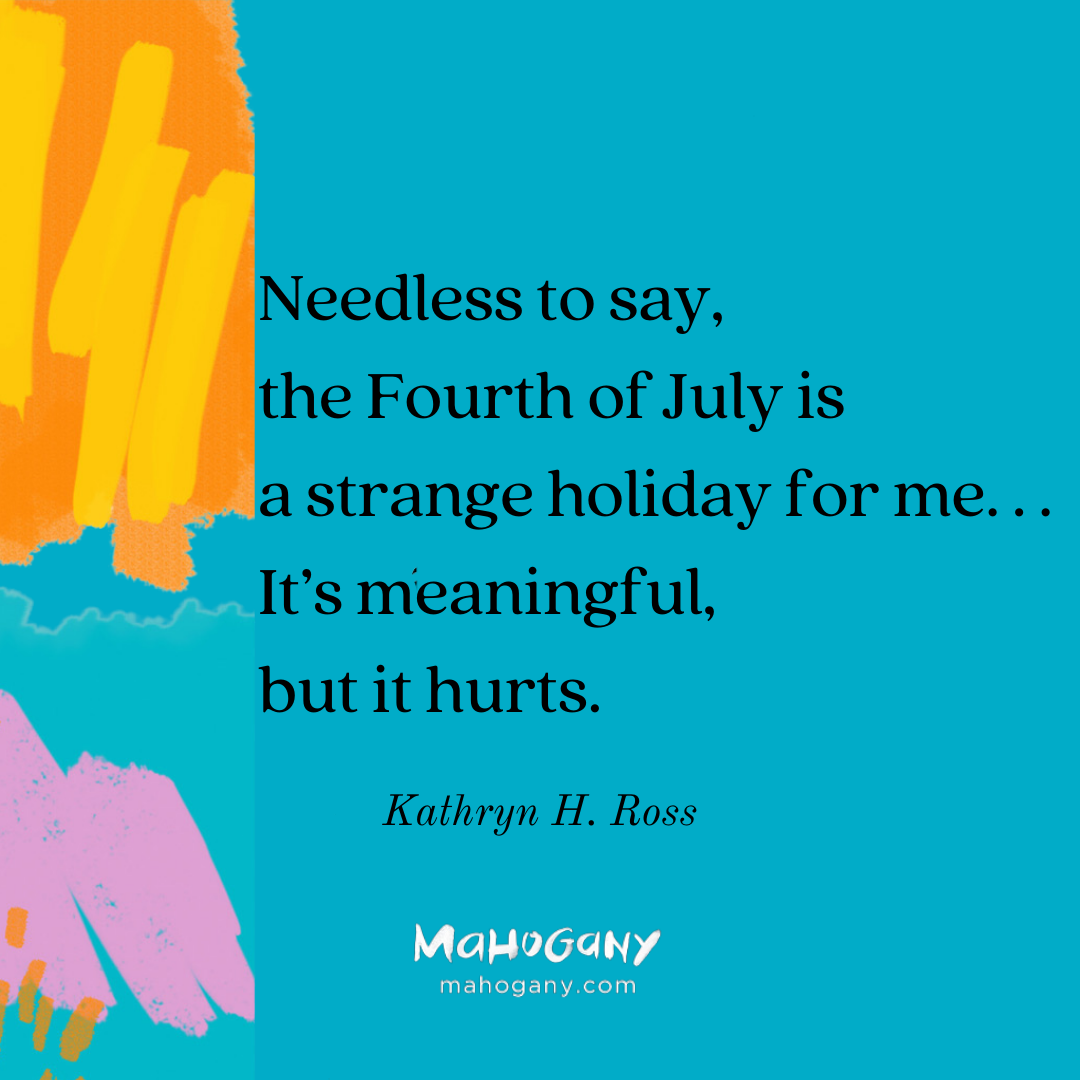 Sometimes we went to a proper fireworks show with all the cousins in tow. Other times my mom, dad, sister, and I stood out in the backyard and watched the sky; still, on other occasions, just the four of us would drive down to the beach to see the explosions sparkling over the water. This one summer when I was a kid, my cousins and I were at my grandmother’s house playing in the back room. The Fourth of July was approaching, and I must have expressed some excitement about going to see the fireworks. I don’t remember the exact plans that year, but I do remember one of my older cousins saying, “I don’t know why we even celebrate that holiday. It’s not for us.”

A few of my other older cousins nodded in agreement, but I was confused. “What do you mean?” I asked.

My cousin answered with a shrug, “The Fourth of July isn’t about Black people, so why should we celebrate it?”

I still didn’t understand, but I don’t think I asked any more questions. Looking back, my reaction still makes sense to me—in my young mind I was American, and it was America’s independence day, so we celebrated.

As I got older, we celebrated less and less. Not for any particular reason, I don’t think, other than we were growing up, everyone was getting busy, and it just wasn’t as fun as it used to be. But I think that maybe, subconsciously, what my cousin said all those years ago was marinating in my mind, and it made more and more sense the more I learned about American history and slavery and the realities of being Black in this country.

Take some historical dates: Slavery itself began in 1619. American independence was declared in 1776. The Emancipation Proclamation went into effect in 1863. Juneteenth—the true end of slavery—happened a whole two years later in 1865. So, for nearly the first 90 years of America’s existence, freedom was celebrated while a whole race of people was in bondage within its borders.

Years of Jim Crow laws and segregation stifled our freedoms well into the 20th century. And now? America’s day of freedom falls just two weeks after ours, and ours only became nationally recognized as a federal holiday in 2021. This year, the United States has officially been a free nation for as long as slavery lasted within it.

Needless to say, the Fourth of July is a strange holiday for me. It’s not one I readily make plans for because my feelings around it are complicated. It’s meaningful, but it hurts.

I think what my cousin was saying all those years ago in my grandmother’s back room is that he still didn’t feel free. Of course, we have been blessed to not know the bondage of our ancestors, but that doesn’t mean we’re free from the trauma of that history. It’s in us. It’s part of us. It’s carried in our families. Our grandmother lived through segregation, and our parents were just children during the Civil Rights Movement. The past wasn’t all that long ago.

Now that it’s summer again and these two independence days are here, I’ve been thinking about what freedom truly is and what it means to me. I’ve been wondering what my cousin was feeling when he said—in his own words—that he didn’t feel free. I know I have been free all my life, but the reality that I belong to a race that was enslaved for so long scares me the older I get. Why did it happen the first time? How do we know, for sure, that it can’t happen again? If the last two years have taught us anything, it’s that the racism and power dynamics responsible for slavery are as alive, well, and virulent now as they were then. They’re just not as overt. And that is, in many ways, so much more dangerous…

So, as we commemorate and celebrate independence(s), I’m still asking: what is freedom? What does it mean to feel free rather than to be free? Is it just knowing, or is it something more?

I turn to Christ for my answer. He who fights for freedom extensively in the Bible, He who inspired Charles Haddon Spurgeon’s famous (and oft banned) sermon, “The Great Liberator.” Maybe to feel free is to feel saved and cared for—maybe it’s to know that someone truly knows and cares for you, that someone will fight for your rights and freedoms simply because you are human and made in divine image. If that is freedom, I’ve felt it. I’ve known it. Not all the time, but enough.

Maybe to feel free is to feel saved and cared for—maybe it’s to know that someone truly knows and cares for you, that someone will fight for your rights and freedoms simply because you are human and made in divine image. -@speakthewritelanguage 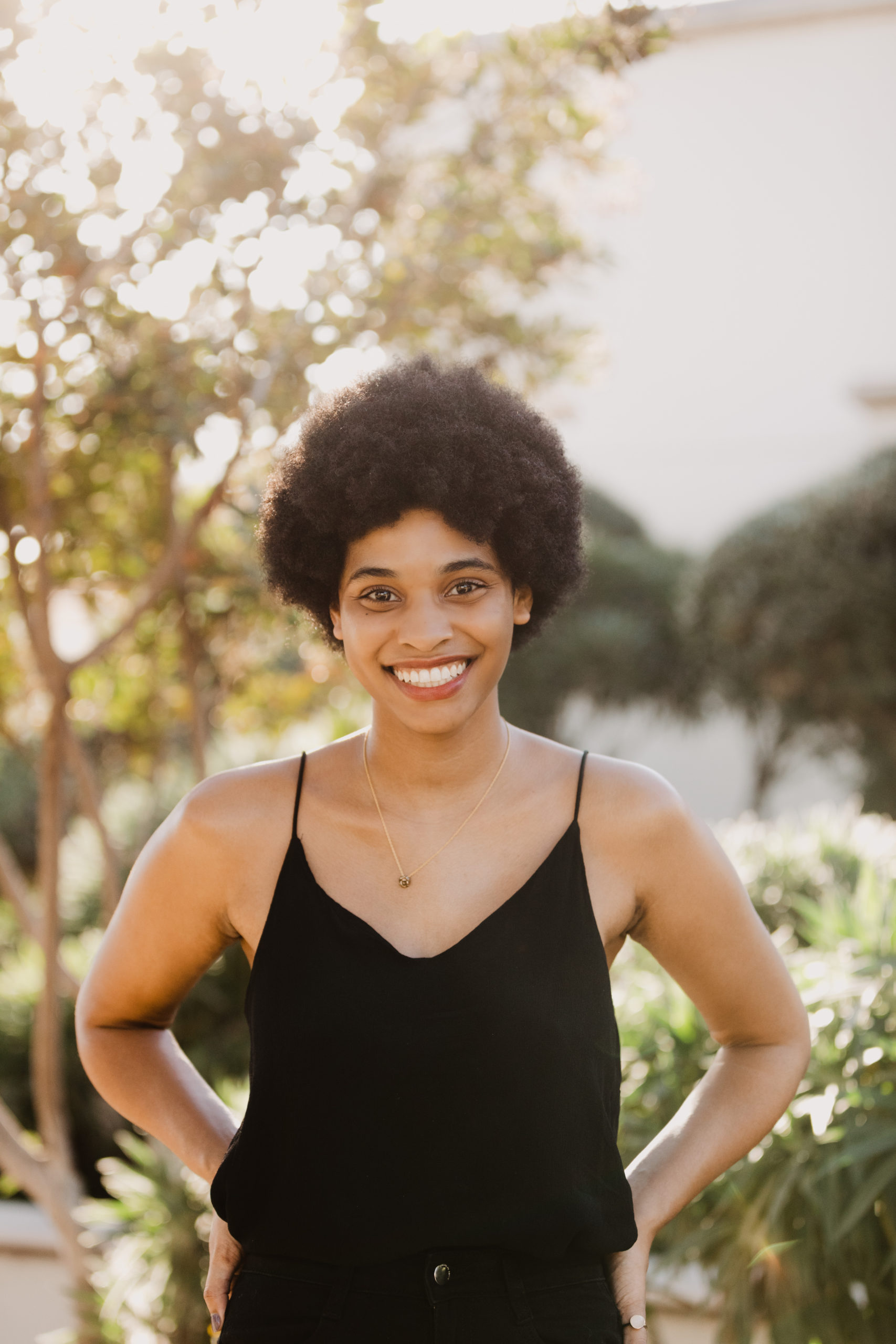